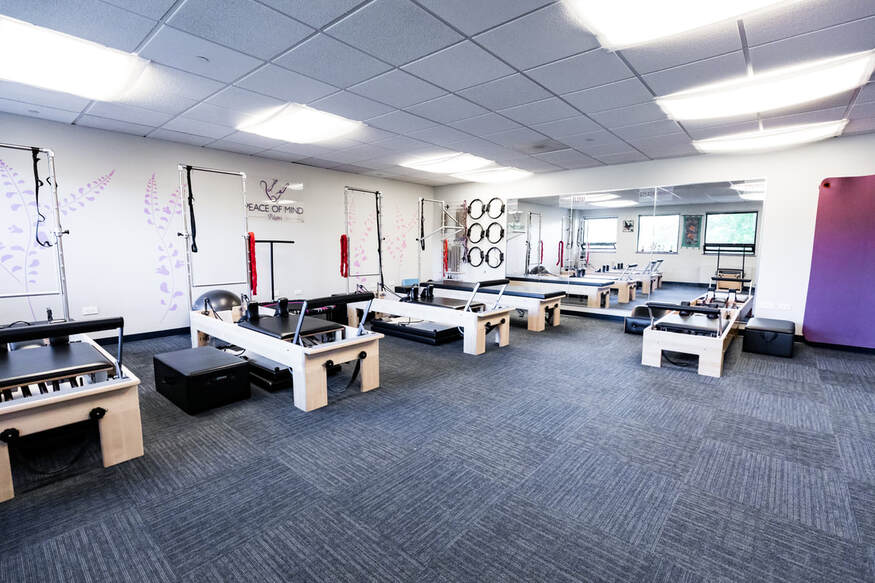 
​​Peace Of Mind Pilates is a boutique Pilates studio located in Denver, Colorado.  Our highly trained and PMA Certified Instructors have decades of experience in teaching Pilates.  Our clients range in age from 12-92.  Our studio focuses on Pilates for Rehabilitation from injury as well as fitness.  Peace Of Mind Pilates is an affiliate studio with Core Compassion Project.  We provide Pilates scholarships for post breast cancer recovery  as well as scholarships for fitness bras. Learn more about our scholarship program here.
​
We have experience in helping clients heal from various injures such as: Whether you are recovering from an injury, training for a Triathlon or Marathon, Pre or Post Natal or just wanting to stay healthy and fit we will help you achieve your goals. We offer private Pilates sessions and Duets.  Our class sizes are small so everyone gets individual attention and is safe. 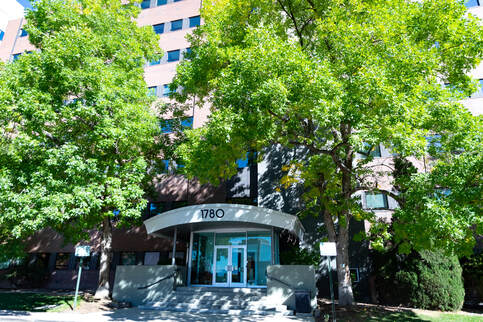 We have plenty of FREE parking, both on street and in our parking lot in back.

Transform your mind, body and spirit

Getting Started at Peace Of Mind Pilates

NEW CLIENT OFFERINGS
For students new to our studio, one offer per client.
If you are new to the Pilates Method, our studio requires a minimum of 5 Pilates Private sessions or previous Pilates Reformer/Tower experience required to attend group classes.


5 Pilates Private Sessions $350
This is the best option for someone brand new to Pilates. In these 5 sessions we will teach you the basic Pilates principals including proper breathing techniques and how to access the deep abdominal muscles. You will learn basic exercises on the Pilates reformer and after the 4 sessions will have the option to either stay in privates or attend Equipment 1 group classes. 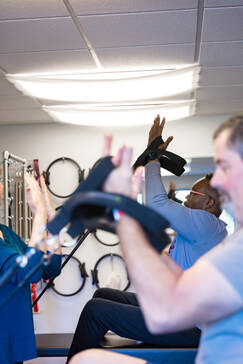 "Pilates is complete coordination of the body, mind and spirit"
​Joseph Pilates 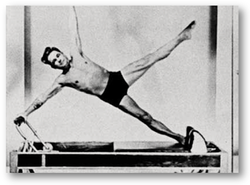 Joseph Pilates (1883-1967)
Born in Dusseldorf, Germany Joseph Pilates struggled with various childhood illnesses including Asthma and Rickets.   Pilates worked to develop his body through the study of yoga, self defense and ancient Greek and Roman exercise regimens.  By the age of 14 he modeled for anatomical charts.  After WWI broke out he was placed in an internment camp on the Isle Of Man.  During this time he began working with his fellow internees helping them to regain their overall health and fitness.   He called his method of body conditioning Contrology.
When a world wide flu epidemic broke out none of his followers who were practicing his method succumbed to the illness.  Joseph came to New York with his life long partner, Clara in 1926 and opened their  studio in a boxers training gym.  Pilates wrote and published two books, Your Health and Return To Life.  He later opened a second studio in 1965 in the Henri Bendel department store.  Joseph Pilates continued teaching his method until he passed away at the age of 83. 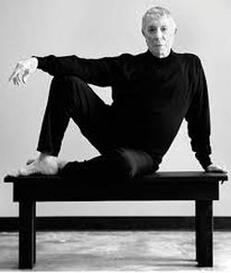 Ron Fletcher (1921-2011)
Ron Fletcher was born in Dogtown, Missouri  and moved to New York City in 1944.  He began a dance career with Martha Graham,  having no formal dance training.  He was blessed with the gift of movement and continued to dance in her company for several years. Eventually the stains of The Graham Technique began to cause Ron to have problems with his knee.  One of the fellow dancers in the company told him he should go see Joseph Pilates to rehabilitate his knee.  Pilates did just that which allowed Ron to continue dancing with Martha Graham as well as performing on Broadway and becoming the choreographer for the Ice Capades.  All during this time Fletcher continued to work with Joseph and Clara Pilates.  After Pilates death in 1967 Ron continued his study of the Pilates method with Clara. With Claras blessing to go on and continue teaching the Pilates Work, Ron moved to Los Angeles  in 1971  and opened his studio on the corner of Rodeo Drive and Wilshire Boulevard in Beverly Hills California.  He called his studio The Ron Fletcher Studio For Body Contrology.  The stars came... Judith Krantz, Ali Macgraw, Candice Bergen, Dyan Cannon, Steven Speilberg, Barbara Streisand, Ben Vereen, just to name a few all became Ron Fletchers students.  All  this time Ron kept in contact with Clara Pilates and continued to work with her until her passing in 1977.  Ron's contribution to the Pilates work includes: Percussive Breathing, Fletcher Towelwork, Fletcher Floorwork and Fletcher Barrework.